An impending plane crash may or may not happen this season with the Minnesota Vikings this year. In a position to win the NFC North, the Vikings are in a hunt to win the big game this year. This is it. If you ever meet a Vikings fan, look at their forearms because you will see scars from all of the heartbreak, and history of bad luck. But things are about to change for the better. 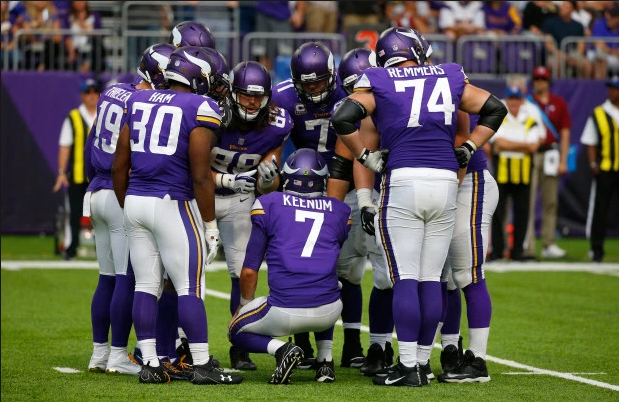 Why did the Vikings, a powerful group of scavenging seafarers disappear? The answer stems from Christianity conversion eliminating raiding and without this, Viking culture does not exist. The Minnesota Vikings play football, representing the Norse-rooted Christian state of Minnesota. It is quite the oxymoron because the Viking’s were the most powerful people in the world until their christening. Our football team wears kryptonite rung around their necks, which is represented by Christian culture.

Is it a coincidence that we lost to the Saints in the NFC Championship game in 2009?

The last time the Vikings won a championship was in Minnesota in 1969. The Ed Thorp Memorial Trophy was awarded to the Vikings during the last year the NFL championship was played. Like the Stanley Cup, it stays with the team. No one knows where trophy’s whereabouts are, losing our credibility as champions.

The sole championship trophy doesn’t exist in our trophy case. This is unbeknownst to as the Ed Thorp Memorial Curse making it one of the most oblivious but now relevant curses in sports.

Hence why I am rebranding this curse as the missing trophy represents Thor’s stolen hammer. Don’t you see? “Thor-p”. Thor’s name is right there! In Viking folklore, “Thor’s Stolen Hammer” is a popular tale. In its mythology, there is a conflict between the Vikings and the Giants. Thor was hailed as the Giant destroyer. His mjollinar was stolen by a Giant, refusing to return it. Thor then rides into Giantland, seizing the hammer himself and destroys the Giant with a single blow.

The 2000 NFC Championship loss to the Giants parallels this perfectly. We need to get our hammer back because, without it, Thor and the Vikings are nothing. This is the reason why we have not been able to win a title because we do not have that trophy/mjollinar anymore. But Thor retrieved it so, what can we do to break this curse? Well, there are two ways that Vikings fans can go about this. 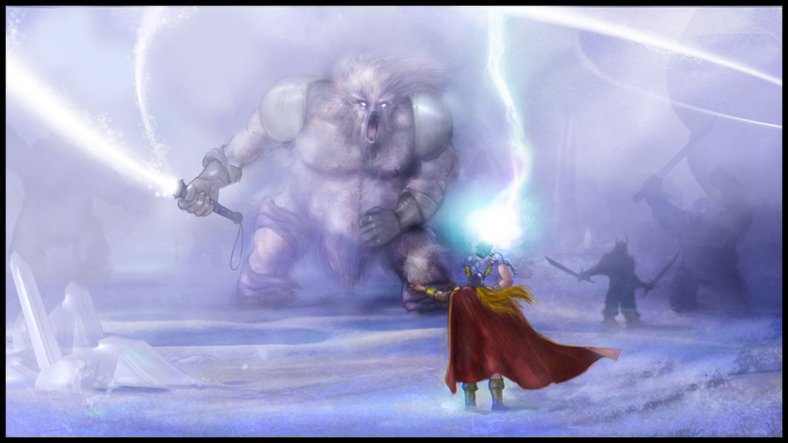 A memorial of Norse God’s outside of US Bank Stadium will pay homage to our Viking roots. Imagine seeing Thor, Oden, and Loki as bronze statues, wearing Tarkenton, Allen, and Moss jerseys.

Picture a beautiful bronze hammer stuck in the ground which is surrounded by the statues. This could be a rebranded replica of the missing trophy.

This could pay tribute to the Norse God’s that the Viking people once worshiped, in order to free us from the curse and to win a Super Bowl.

The only way to break a curse is to overcome. Making shamanistic offerings, finding a missing hammer, connecting historical and folklore dots is all fun and games, but this a year of must needed capitalization. The last time we won was when the championship was in Minnesota. Granted the Super Bowl was held in the Metrodome, that stadium was shared with two other teams. US Bank Stadium is ours and we need to defend our homeland. Rest assure because our dominating defensive is in its prime, along with an offense with vast potential. In order to break the “Curse of Thor’s Stolen Mjollnir”, we need to hammer home a Super Bowl when the game is played in our home.

When we are victorious, remember who told you first:

If you would like to read the 3000 word satirical essay version of this reduct, click on this link.

I will give 10% of the proceeds to ONETREEPLANTED, a charity that plant trees to restore life to degraded lands all over the world. For every dollar donated there will be one tree planted.