Dalvin Cook last year, and now Mike Hughes this year. It’s as if the Minnesota Vikings cannot have nice things such as young affordable star draft picks, or nice shiny toys in general unless we go out and pay 87 million dollars for them. How many more first-round draft picks need to continue to be injury ridden like this?

Teddy Bridgewater could have been starting against us in this up and coming game against the Big Apple Jets. If the New York Giants would have selected Sam Darnold, then the complexion of this matchup would have been epic. But, I like the field general that we have right now, Kirk Cousins. But first, here are my quick thoughts on the win against the Arizona Cardinals.

Josh Rosen will be a star in this league. If he had any offensive weapons and a the slightest of a better offensive line, this game would have been a different story. Rosen is going to be the best quarterback out of all of the QB prospects in this past year’s draft. He just so happened to go to the team with the least amount of talent. Once the Cardinals build around him, Arizona will be back in business.

Here is a quick question. Why won’t Larry Fitzgerald come to Minnesota and finish his career here? Wouldn’t that be amazing? Please be a Viking.

Getting back on track here.

This game could have been played against Sam Bradford. What another grand NFL narrative that could have taken place. “The Minnesota Vikings will be facing two of their former starting quarterbacks in back to back weeks,” says Colin Cowherd. He never said that because due to the chain of events that have happened it did not lead to this, but try to imagine every NFL analyst saying this to hype up a historic two weeks in NFL history.

There have been several quarterbacks who have switched teams and have gone playing indoors to outdoors. But, not so many have done the opposite.
Cousins has shown us that he doesn’t play as well at US Bank Stadium indoors as he does on the road outside. It would be fascinating to see how many starting quarterbacks who have played predominately outdoors, who have moved to another team playing indoors have done statistically. The only one that comes to mind was Brett Favre when he played for the Vikings in 2009. Even he took a few games to adjust, and I am hoping for the same with Cousins.

Overall, I am happy about this win. It was an excellent game to take care of business, spark the confidence of the run game, and to see what kind of depth that we have on defense.

The Big Apple versus The Minnie Apple. 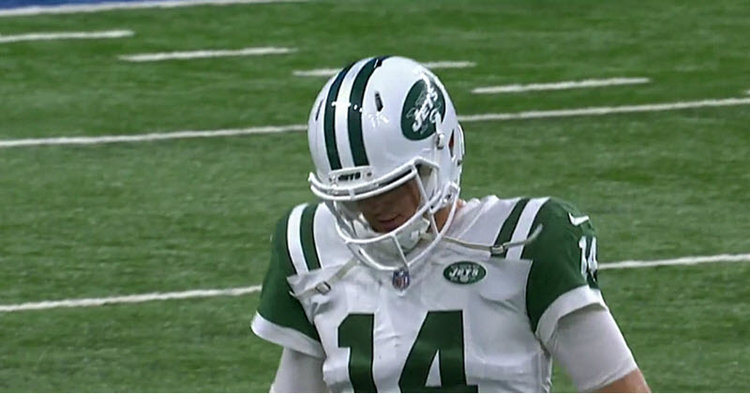 Last week was a week to see our depth at safety, and now this week our week will be a test of our depth at cornerback with the ACL tear of Mike Hughes, putting him on IR.

The Vikings need to continue building their confidence in the run game from last week, and most importantly we need to take advantage of Sam Darnold’s tendency to throw interceptions. Look for our defense to force some interceptions, and hopefully a pick six. This will all start with our pass rush, led by Danielle Hunter, forcing bad throws to the outside. If we can take advantage of their week offensive line, it would be great to see a pick six and a forced fumble on the road, which would take a lot of pressure off of the Vikings Offense.

Look for a big game from Kirk Cousins. As mentioned before, he has been great while playing outdoors. He will throw for 300 plus yards, with a third of those going to Adam Thielen. With that, Diggs will havea massive game-breaking play. MetLife Stadium is a field that he is familiar with, being a vast leadership factor that he brings to the table this weekend.