Discovering new music has always been challenging for me. Other than hip-hop, I don’t discover new artists through Spotify or iTunes. The main reason is that I’d prefer going to find artists through live performances. Therefore, my discovery of artists has been very surreptitious. Frank Turner, Dante Marsh, Brianna Kocka, and Beans on Toast are a few names that come to mind. At this point with my formula for music discovery, there is this fantastic band named “Ocean Alley” from Sydney, Australia, who are on their first ever North American tour. This six-piece band represents the true spirit of what being a musician is all about.

Whether it is 50 people or 5,000, they love playing shows, traveling, sleeping in motels or strangers houses, and they live to do it all again the next day. That is what being a traveling musician is all about. Rehearsing, promoting, writing songs, and putting every ounce of blood, guts, sweat, and tears into something that is bigger than you is very bliss. 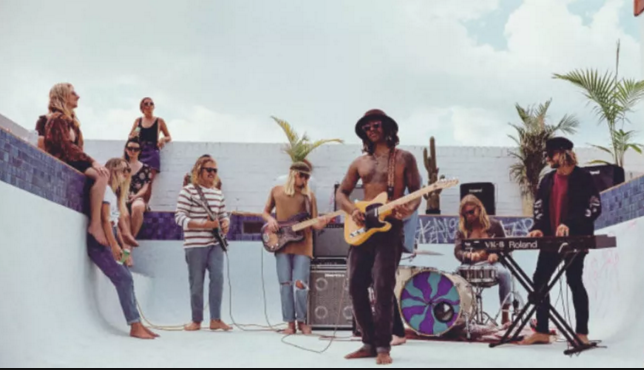 There is a lot of beauty in that.

I discovered Ocean Alley through my roommate who is very good friends with their tour manager, who gave the both of us free tickets. Most people should know that I have a good attitude and that I like to say “yes” to new situations. Regretfully, I was 45 minutes late to their hour-long set. But, immediately they caught my ear. They are the perfect blend of reggae fusion, rock, and psychedelic music all rolled into a six-piece band, a sound that I have never really heard before or even resonated with me until I saw Ocean Alley live at the 7th Street Entry.

Not only were they sonically pleasing they were also aesthetically pleasing as well. Every one of the six had represented Australian swagger, having long hair, wearing vans, and portraying to me what the Aussie surfer-rockstar lifestyle was.

Under their independent label, Ocean Alley in Australia has a huge following and a strong fan base. The saying “big fish in a small pond” applies to them, because in America they are probably playing in front of crowds between 30-100 people, giving it all they got in tiny cramped clubs, on stages that can barely fit six people.

But, you can tell they love every second of their first tour in America. Through the energy that they put out to the audience, it felt as if they were excited about starting from zero in the world’s biggest music market. Like most bands, they had to start out playing in basements at parties and small venues, and then they made a big name for themselves. It takes courage, humility, and a great attitude to put yourself out there in a different pond that is bigger, more saturated, and scarier because you are a foreigner.

Remember, no one ever get’s to the top of the mountain by falling there.

But, they didn’t seem to care. The amount of fun the band was having after the show with their new fans was very inspiring for me. From the two songs that they sang when I was there, they inspired me to pick up my guitar, perform, and to write songs again. Which I recently have been doing every day.

I’d love to release my own seven-track EP in the future.

I don’t know how many people they connected with the 30 person audience, but they struck a chord with me. 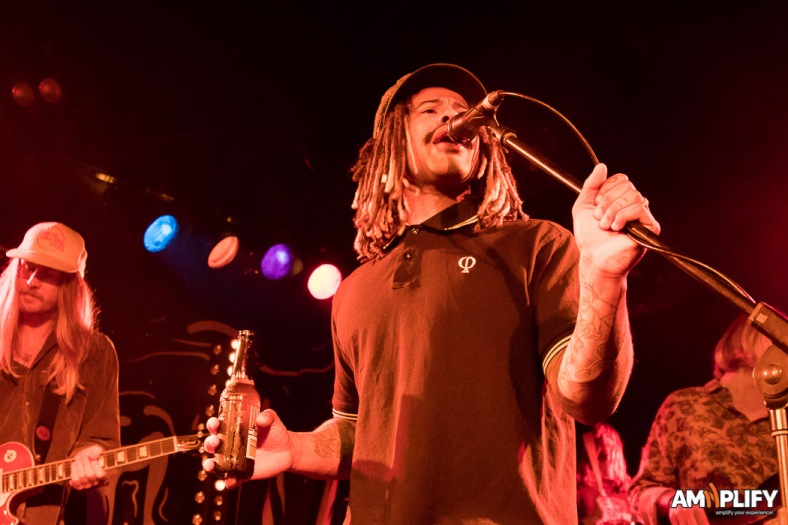 “Yes” is what I said to this new situation, and I was rewarded. Ever since I discovered Frank Turner when I was 19, I vowed to go to shows no matter how late I would be, and if I am early, I’d always stick around for the opening acts because you never know who you will discover on accident. Like Frank Turner, Ocean Alley was a small special and astounding discovery for me, in which that I hope other people can have with music and art. That emotional content is only exclusive to me and is something that I can barely describe. This feeling makes my soul sing because no one knows about them, and I am excited that I can introduce them to all of my friends with blazing enthusiasm.