There are many personality tests out there but the problem is that none of them are fun to talk about and contemplate. The Meyers Briggs personality test provides very general data whereas horoscopes are very subjective and abstract. Many are either categorical or are subjective. But, this one is absolutely filled with discovery, accuracy, and loads of fun.

Remember, I do not take credit that I made this up on my own. This is just really fun and I wanted to share it with you.

If you could be any animal in the world, what would you be in the order of one, two, or three; and why?

Oh, your first animal is a hawk, you say? Well, the first animal that people choose is how they want to be viewed.

A hawk is a badass counterpart of an eagle. It is free and independent, following its own rules of life by flying solo and they are constantly hunting. Flying over the landscape, the hawk oversees all operations in life and strikes when the opportunity arises.

Since you chose a hawk that means that you want people to perceive you as an independent, ambitious badass that is always on the hunt for the next best thing.

Did you say that your second animal is the dolphin? The second animal of choice generally shows what you aspire to be and how you understand yourself to be like.

The dolphin is one of the smartest in the anima kingdom. They can communicate through sonic waves that can span from many nautical miles away in order to keep in touch with one another. Dolphins are also very playful and social as well. At the same time they can be very independent. They can work well with others and are able to be self-sufficient.

Now, what is your last animal? A cougar? Wow, that is fantastic!

The third animal is the hardest for people to decide because it represents the honest of how you view yourself, which is hard for anyone to honestly view themselves.

A cougar, like any other big cat, is the king its habitat. Their biggest joy is hunting and its favorite past time is napping. They are sexy and they definitely know it. They live life on their own time and only abide by their rules. Big cats make the rules for everyone else in their habitat. Most importantly, cougars know how to adapt to survive in almost any situation that life throws at them.

Cougars represent people who have power struggles. They think that they are entitled to being the head honcho. But as hard as they work for their game, they get stressed out very easily, resulting in taking many naps. You are a person who lives life the way that you want it, making your own rules that you think others should abide. Despite all of the life struggles, you can adapt to anything to survive to only come out on top, just like a cougar. 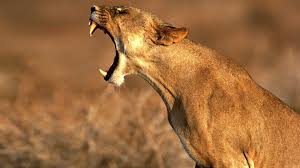 This is a super fun game to play with your friends, on dates, and to strangers because it is a great icebreaker.

Ninety percent of people seem to choose a land, water, and air animal. A unique person chooses reptiles, vermin, insects, amphibians or anything that is outside of the box. That is when the game gets really exciting.

Major fun can only ensue if you can execute this exercise properly with your friends. It requires quick wits, persuasion, and great presentation. Most people answering the questions do not really give great explanations of why they would be that animal. Many times, the person being interviewed will give you a one sentence response. It is your job as the interviewer to know basic traits and facts about the animals because they generally apply to the person answering the question.

You can teach people a lot about themselves and vice versa.

This psychological test is humorously accurate and you will be surprised about the results. This is also something that you can do to impress people to make you seem very smart. It is a great way to trick people about your level of intelligence.

Many personality tests are not as fun as this one. This test can create a lot of great conversation that can continue for quite some time. Try this out and see where it takes you because you will be amazed what you can find out about people.

I will give 10% of the proceeds to ONETREEPLANTED, a charity that plant trees to restore life to degraded lands all over the world. For every dollar donated there will be one tree planted.

One thought on “How this Theory of Your Preferred Animals can Examine​ Identity (Personality Test).”